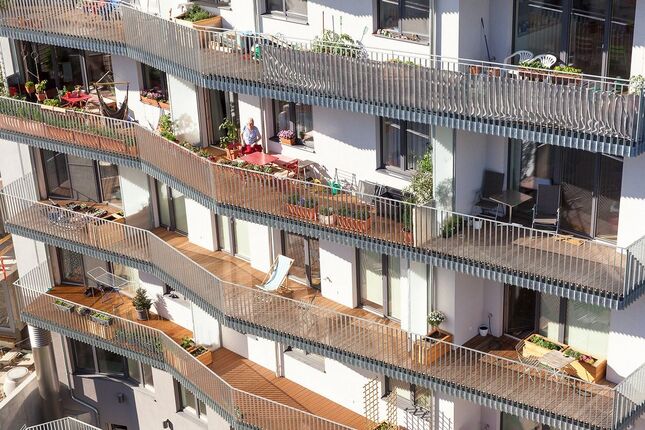 Baugruppe is a German term which literally translates as "building group," although it has also been equated to "building community." The German term baugemeinschaften is also used to refer to this form of self-organized collective housing. The baugruppe offers an innovative approach to multi-family housing development, cooperative housing, and intentional communities.

Some features that distinguish baugruppen (plural) from other forms of co-housing:

In Germany, the baugruppe concept has become well-established over the past thirty years, so much so that there is an entire cadre of baugruppe-focused professionals (financial institutions, architects and designers, and contractors) that have sprung up to meet the need for this form of housing. Some municipalities even provide government baugruppen facilitators to help interested parties select a building site, nail down financing, design and architectural help, and bring on board contractors.

Beyond the bureaucratic assistance some German cities provide to groups creating baugruppen, the concept also has the support of the government in the form of lower tax rates paid by baugruppen versus developers, as well as preferential pricing for baugruppen buying government-owned land.

The Vauban district in Freiberg, a university and mining town near Dresden and Germany's border with the Czech Republic saw the world's first baugruppe''in the 1990s. The product of activist mobilization for affordable housing planned via community participation the Vauban baugruppe project proved to be an effective community-based and community-focused housing solution that would quickly be picked up and replicated elsewhere in Germany.

Could This German Affordable Homebuilding Plan Be A Model for the US? - Curbed 7 April 2016

Retrieved from "https://housing.wiki/w/index.php?title=Baugruppe&oldid=3002"
Categories:
Cookies help us deliver our services. By using our services, you agree to our use of cookies.