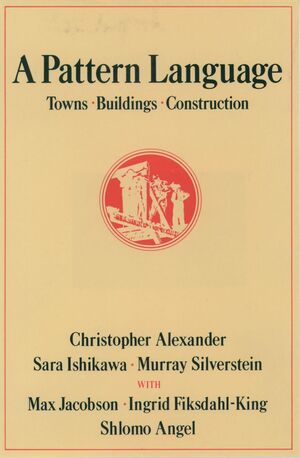 this is part of the article collection Village Buildings.

"A pattern language is a method of describing good design practices or patterns of useful organization within a field of expertise. The term was coined by architect Christopher Alexander and popularized by his 1977 book A Pattern Language." (-Wikipedia). Patterns "are in essence a way of capturing useful knowledge about the nature of a design problem, and expressing it in a way that can be easily shared and adapted to new contexts." (Mehaffy 2019). Alexander et al's 'patterns' concept has been widely applied in software development and other fields, and inspired the invention of the wiki, by Portland programmer Ward Cunningham for the Portland Patterns Repository. 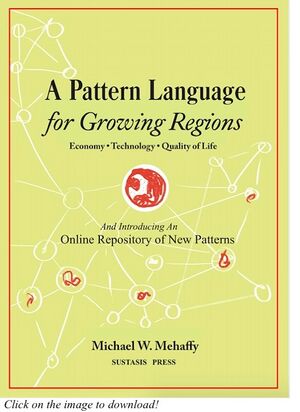 A Pattern Language For Growing Regions

Here we are attempting to derive a pattern language to map all possible ways to make housing affordable. Affordability is of course not the only problem or goal people have in housing or housing policy;  people also seek housing quality, good design, housing that helps create community or builds wealth, or which helps employment and economic growth in an area, or which contributes to environmental sustainability, etc. Even closer to 'affordability,' one might choose different lenses such as anti-displacement, housing security, housing for all, adequate housing, attainable housing. Nevertheless, affordability (or the somewhat ambigious "affordable housing") is a pervasive concern and framing, and what we choose to focus on here.

Since affordability is defined by ratio of housing costs (perhaps including transportation) to income or wealth, of course a major way to help affordability is to increase the income/wealth of the less well-off. However, since this extends far into the realm of general economic/social policy, here we consider that outside of scope; except for the pattern of housing benefits (e.g. vouchers), which could and some argue should be done with general income benefits such as Earned Income Tax Credit. [this would tend to support people making their own determination of housing type/price that serves their needs, which is aligned with many of other patterns].

Mehaffy talks about wikis and pattern languages as tools for "consensus development." [citation needed]. In that vein, one of the purposes of this affordability pattern language is to suggest that quite varied patterns -- from public housing to 'abundant' market housing -- may all be sources of or factors in affordability, and considered practically rather than ideologically, they might often be combined in various ways, in a project or an environment.

Historically, many key improvements in affordability have arisen due to new transportation methods opening up new areas for residential development. For example: horse-drawn and then electric streetcars, subways / urban and commuter rail transit, and mass automobile ownership and freeways. Mobility improvement may be increased not only by the advent of major new transport technologies, but by more incremental improvements such as Bus Rapid Transit, or transit-oriented right-of-way design, or policies to subsidize transit.

Private for-profit or non-profit financing methods, e.g. currently there is a wave of ventures offering forms of shared equity or financial partnership to assist homebuyers.

[can be supported by bond and General funding - local/state. i.e., just tax ourselves more. (the "public option")].

[can be supported by bond and General funding - local/state. i.e., just tax ourselves more. (the "public option")]

Self-, startup-, or public-financed. "Backdoor revolution."

Retrieved from "https://housing.wiki/w/index.php?title=A_Pattern_Language_for_Housing_Affordability&oldid=5314"
Cookies help us deliver our services. By using our services, you agree to our use of cookies.